Eve, an Embraer company,
to List on NYSE Through
Business Combination with
Zanite Acquisition Corp.

Zanite is targeting companies in the Aviation, Aerospace & Defense, Urban Mobility, and Emerging Technology sectors
with an Enterprise Value of $750M+

The extensive relationship networks and reputational track records of our management team will help provide us with a pipeline of proprietary transaction opportunities not otherwise available to most participants in the marketplace.

Over the course of sourcing, reviewing, and managing over numerous private investment opportunities over the past 20 years, our team has built the processes and knowledge base to identify, review, and execute transactions quickly and reliably

The institutional knowledge of our management team will enable us to source, design, and consummate a transaction that aligns the incentives of all constituents and creates an attractive risk/reward profile that delivers on our investment thesis.

The Zanite Leadership Team together with decades of public company experience in Aviaiton, Aerospace and Defense, Technology and Urban Mobility Is uniquely qualified to create long term sustainable value for the shareholders of Zanite.

Rigorously researched and clearly articulated hypotheses for target verticals, geographies, and companies enable management to repeat its track record of past success by selectively investing in an industry it deeply understands. 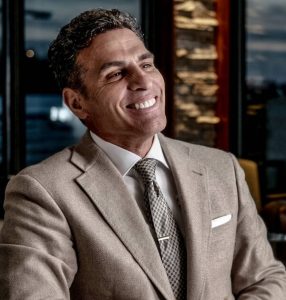 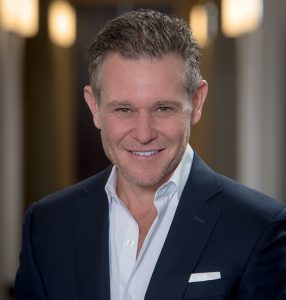 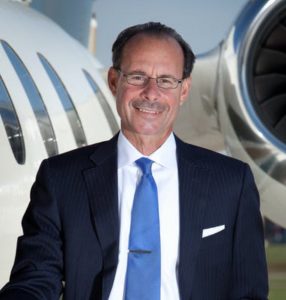 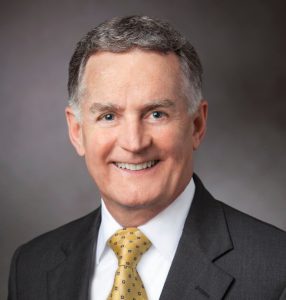 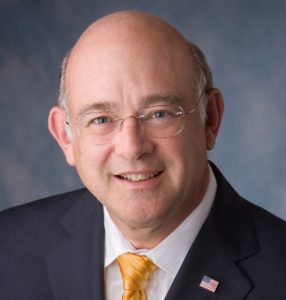 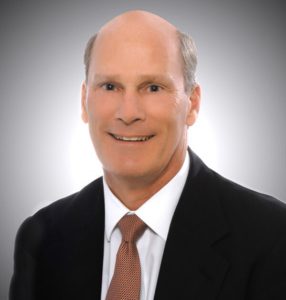 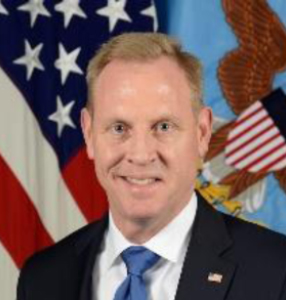 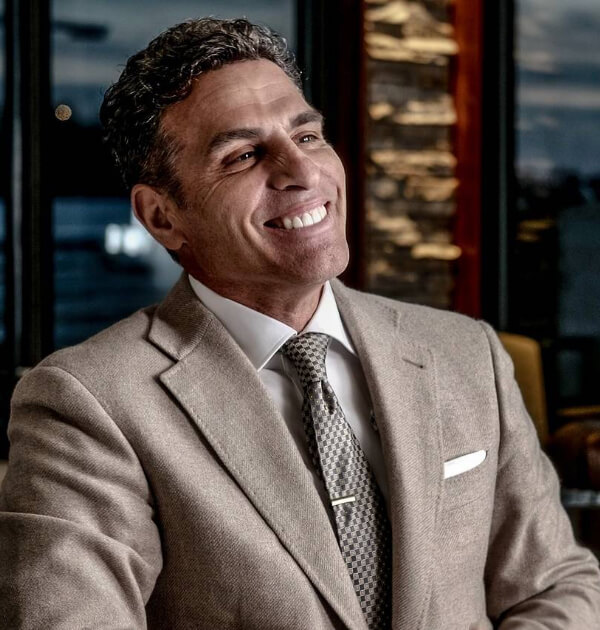 Kenneth Ricci is a 40-year aviation industry veteran who today is a Principal of Directional Aviation Capital which owns various aviation enterprises including Flexjet, Sentient Jet, PrivateFly, Tuvoli, Nextant Aerospace, Stonebriar Commercial, Finance, Reva Air Ambulance, Corporate Wings, Simcom and Constant Aviation. Kenn began his aviation career as an Air Force ROTC cadet at the University of Notre Dame and started his first company, Corporate Wings, in 1980. His love of aviation had him founding, acquiring or financing a broad range of aviation companies and ideas over his career. He has assembled one of the largest groups of private aviation companies which together account for over $2.0 billion of revenue.
operate over 150 aircraft and employee over 2,000 individuals. Kenn was honored as an Ernst & Young Entrepreneur of Year in 2000 and has been named one the most influential people in aviation by Aviation International News. In 2005, Kenn led the restructuring of the Mercury Air Centers, a $200 million company operating aircraft support facilities at 24 different airports and sold the Company to Macquarie Infrastructure Trust (MIC) in 2007 in a deal valued at $615 million. In 2010, Kenn received the Harvard Business School’s Dively Entrepreneurship Award. In 2011, Kenn was the youngest recipient of the prestigious William A. “Bill” Ong Memorial Award for extraordinary achievement and extended meritorious service to the general aviation industry. Kenn is the founder of Nextant Aerospace, the innovator of Aircraft Remanufacturing. In 2015, Kenn received the Aviation Week Laureate Award, a benchmark of industry excellence, recognizing his work and development at Nextant Aerospace. In 2016, Kenn the received the “Lifetime Aviation Entrepreneur Award” from the Living Legends of Aviation. In 2019, was inducted as a Living Legend of Aviation. The “Living Legends of Aviation” are admirable people of remarkable accomplishment in aviation including: Entrepreneurs, innovators, industry leaders, record breakers, astronauts and pilots. He is an airline transport pilot with extensive International experience and was Governor William Clinton’s pilot when he ran for President in 1992. Kenn graduated from the University of Notre Dame and recently announced the first ever $100 million gift to the University. He also graduated from the Cleveland Marshall School of Law, where he was named as their distinguished alumni of the year in 2016 and named to their Alumni Hall of fame in 2018. Kenn serves on the Board of Trustees for the University of Notre Dame and the Smithsonian. In 2014, Kenn was honored by the Northeast Ohio Chapter of the Cystic Fibrosis Foundation for championing research and treatment of the disease, which effects 30,000 children and adults in the United States. Kenn’s management strategies have been featured in the Wall Street Journal and he is the Author of “Management by Trust”, a book featuring practical management techniques for building employee trust and success.

Steven H. Rosen, our Co-Chief Executive Officer, is the Co-Founder and Co-Chief Executive Officer of Resilience Capital Partners, where he is involved with all aspects of the firm’s operations, including developing and maintaining relationships with investors and investment intermediaries and the firm’s strategic planning efforts. An alumnus of the University of Maryland, Steven also received an MBA from the Weatherhead School of Management at Case Western Reserve University. He is a member of many professional organizations, including the Ohio Chapter of the Turnaround Management Association and the Cleveland chapter of the Young Presidents Organization. Steven also serves on the boards of directors of several companies, including public companies Park-Ohio Holdings Corp., Crawford United Corporation and AmFin Financial Corporation. As an inventor, Steven has been granted 6 patents by The United States Patent and Trademark Office.

Michael is a principal in Directional Aviation Capital. Michael joined Corporate Wings in 1984 and has been a leader in the development of innovative business strategies in the aviation industry. Rossi’s extensive experience touches on all areas of general aviation, including jet fractional ownership, jet card programs, fixed-based operations, maintenance facilities, management of aircraft and the buying and selling of corporate aircraft. He has also been involved in the financing, purchases, mergers and divesting of all facets of general aviation mentioned above. In 2005, Rossi served as the Chief Financial Officer of the restructured Mercury Air Centers, where he was instrumental in increasing EBITA by over 200%, a result of acquisitions and operating efficiencies. Mercury Air Centers’ 24 FBOs were ultimately sold to Macquarie Infrastructure Trust in 2007 in a deal valued at $615 million. Currently Rossi works with all Directional Aviation’s companies, providing guidance with capital, financing and operational needs and strategies. A graduate of John Carroll University, Michael is a Certified Public Accountant.

John B. Veihmeyer was appointed to the Financial Accounting Foundation (FAF) Board of Trustees in January 2015. His term concluded on December 31, 2019. Mr. Veihmeyer is the retired chairman of KPMG International. In that role, he has advised many of the world’s leading companies on financial reporting, audit quality, risk, governance, educational issues, ethical leadership, and diversity and inclusion. Mr. Veihmeyer also is a nationally-recognized voice on issues of diversity and inclusion; and an expert in creating high-performance cultures and building and directing senior management teams.
Before becoming its chairman, Mr. Veihmeyer held numerous leadership roles at KPMG, including chairman and CEO of KPMG in the United States, deputy U.S. chairman; managing partner of KPMG’s Washington, D.C. operations; and global head of Risk Management and Regulatory. Mr. Veihmeyer is a member of the board of trustees of the University of Notre Dame, and the board of the Wolf Trap Foundation for the Performing Arts. He previously served as a member of the board of Catalyst, whose mission is to expand opportunities for women in business, and the Committee Encouraging Corporate Philanthropy (CECP). Previously, he served as a member of the Securities and Exchange Commission’s Advisory Committee on Smaller Public Companies. He holds a bachelor’s degree in accounting from the University of Notre Dame Mendoza College of Business.

Ronald D. Sugar served as Chairman of the Board and Chief Executive Officer of Northrop Grumman from 2003 until his retirement in 2010. During his tenure, Northrop Grumman grew to become one of the world’s largest aerospace and defense companies, with 120,000 employees and $35B annual revenue. Prior to joining Northrop Grumman in 2001, Sugar held senior operating, technical, and financial positions at TRW Inc. and Litton Industries. He is currently a director of Apple Inc., Chevron Corporation, Amgen Inc., and Chairman of Uber Technologies. He also serves as senior advisor to the private investment firm Ares Management LLC, Bain & Co., and Singapore’s Temasek Investment Company. He is a trustee of the University of Southern California, where he also holds the Judge Widney as Professor of Management and Technology, member of UCLA Anderson School of Management board of advisors, and director of the Los Angeles Philharmonic Association. He is past chairman of the Aerospace Industries Association, a member of the National Academy of Engineering, and a fellow of both the American Institute of Aeronautics and Astronautics and the Royal Aeronautical Society. He was appointed earlier by the President of the United States to the National Security Telecommunications Advisory Committee. He received BS (summa cum laude), MS, and PhD degrees in engineering from UCLA and was subsequently honored as UCLA Alumnus of the Year.

Flynn has been senior vice president of marketing and sales for Gulfstream Aerospace since 2008. From 2001 until 2008 he was president of Gulfstream Product Support. He became a vice president of General Dynamics Corp. in October 2001.In announcing Flynn's appointment Lombardo said, "Larry Flynn has a broad base of operational and customer focused experience that will serve him well as he leads Gulfstream into the future. His direction of Gulfstream's marketing and sales organization has given Larry exceptional insight into the needs of the increasingly international customer base. Flynn joined Gulfstream in May 1995 as vice president of aircraft services, bringing with him more than 25 years of experience in managing aircraft service facilities. Before joining Gulfstream, he was vice president, Location Based Services, for Stevens Aviation, where he was responsible for managing maintenance facilities and overseeing service on various models of corporate jets. Earlier, Flynn served as a regional vice president for Signature Flight Support and as executive vice president and general manager for AMR Combs. Flynn earned a bachelor's degree in business administration and a master's degree in manpower management from the University of Kansas. Flynn serves on the Associate Member Advisory Council (AMAC) of the National Business Aviation Association (NBAA). He is also a past member of the Board of Directors for the Professional Aviation Maintenance Association (PAMA), the national association for aviation maintenance professionals.

Patrick M. Shanahan served as the 33rd Deputy Secretary of Defense. He served as Acting Secretary of Defense from Jan. 1, 2019, to June 23, 2019. After joining the Department of Defense, Mr. Shanahan helped lead the development of several key Department of Defense policies and strategies, to include the 2018 National Defense Strategy, 2018 Department of Defense Cyber Strategy, 2018 Cyber Posture Review, 2018 Nuclear Posture Review and 2019 Missile Defense Review. He was a champion of digital and technological advancement for the department, spearheading modernization in cybersecurity, artificial intelligence (AI), cloud computing and command, control and communication. In June 2018, Mr. Shanahan established the Joint Artificial Intelligence Center (JAIC) and published the Department of Defense’s AI Strategy. The unclassified summary of this Strategy was released in Feb 2019 following President Trump’s Executive Order on AI (Maintaining American Leadership in AI). Additionally, Mr. Shanahan launched two National Mission Initiatives: predictive maintenance and humanitarian assistance/disaster relief. Mr. Shanahan previously served as Boeing senior vice president, Supply Chain & Operations. A Washington state native, Mr. Shanahan joined Boeing in 1986 and spent over three decades with the company. He previously worked as senior vice president of Commercial Airplane Programs, managing profit and loss for the 737, 747, 767, 777 and 787 programs and the operations at Boeing's principal manufacturing sites; as vice president and general manager of the 787 Dreamliner, leading the program during a critical development period; as vice president and general manager of Boeing Missile Defense Systems, overseeing the Ground-based Midcourse Defense system, Airborne Laser and Advanced Tactical Laser; and as vice president and general manager of Boeing Rotorcraft Systems, overseeing the Apache, Chinook and Osprey. Mr. Shanahan is a Royal Aeronautical Society Fellow, Society of Manufacturing Engineers Fellow and American Institute of Aeronautics and Astronautics Associate Fellow. He served as a regent at the University of Washington for over five years. Mr. Shanahan holds a Bachelor of Science degree in mechanical engineering from the University of Washington and two advanced degrees from the Massachusetts Institute of Technology: a Master of Science degree in mechanical engineering, and an MBA from MIT’s Sloan School of Management.